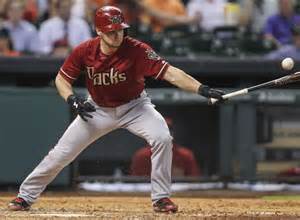 Welcome to my new scouting report series. Before spring training ends, I hope to cover every team. We start with one of the most active teams of the off season, the Arizona Diamondbacks. They went in to free agency as a mediocre team that lacked a rotation and veterans in the lineup. But the D-Backs have some of the best sleepers in the league, an some young stars to happen. What are the D-Backs looking like?
Off-Season Review

The Diamondbacks started the off season very quiet. It looked like their only targets were veteran infielders like Howie Kendrick, and some insurance in the rotation. Besides trading away Jeremy Hellickson to the Phillies for prospects, their November was very quiet.

But as December began, teams really started to negotiate for the top players in free agency, starting with some major aces. The Red Sox made the first major move, they signed David Price to a seven year, 217 million dollar deal. But surprisingly, not the Dodgers, Giants, Cardinals or Nats but the D-Backs were first to follow, signing Dodgers ace Zack Greinke to a six year, 206 million dollar contract. Greinke had a breakout in 2015 after eleven subpar seasons between Kansas City, Milwaukee and Los Angeles. He lost in the Cy Young race, but hopes to continue his dominance in 2016.

Their rotation was now among the best to match their sleep lineup that boosted them in 2015.

Until February, they were very quiet. More Kendrick rumors were in the air, but they ended up trading Aaron Hill, Chase Anderson, Isan Diaz and cash for shortstop Jean Segura and Tyler Wagner.
So that problem was solved, but A.J. Schugel was claimed off waivers by the Pirates, so they signed closer Tyler Clippard, so current closer Brad Ziegler could take his place in a set up role.

The D-Backs close the off season looking better than ever on paper, but their lineup has development questions. Spring training will show a lot about this team’s faith.

Will the lineup live up to its name?

This is a tough one to answer. Besides Goldy, Yasmany Tomas and A.J. Pollock. David Peralta also is alright, and Chris Owings, Jean Segura and Jake Lamb are still developing. Owings needs to be a better general hitter, Segura didn’t develop very well when he had the chance, and Lamb is good in the field, but needs to improve his bat. It could go either way.

Who are some key non-roster players?

There are a ton of pitchers that could crash the roster like former Reds reliever Sam LeCure, Wesley Wright, Braden Shipley, Matt Stites, Will Locante and Adam Loewen. Former Giants infielder Joaquin Arias and outfielder Jason Bourgeois could make some bench spots.

Is the rotation fulfilled enough?

I think the rotation is just fine. Greinke and Shelby Miller had amazing 2015 seasons and hope to continue, Patrick Corbin has looked fine in his TJ recovery, and the rest of the rotation is filled with young stars Rubby De La Rosa and Robbie Ray. Archie Bradley or Josh Collmenter, maybe even Zack Godley and Daniel Hudson could be spot starters. So it looks like the D-Backs are looking good and their moves paid off, even with the loss of Jeremy Hellickson and Chase Anderson.
Who is the biggest sleeper in the lineup?

I don’t think that the biggest D-Backs sleeper is any of the young infielders. Outfielder David Peralta is among the best, and the veteran hasn’t gotten much attention in the MLB. On the D-Backs staff, he is well known in the lineup, but only Diamondbacks diehards or MLB analysts would call him an MVP contender in the NL. Although this is only his third year, he has really gotten his name out recently.

Projected Record: 88-74
That’s all for today everyone. See the Braves new look in the next post in this series.