Welcome to my Week 7 NFL Picks.  Just 4 CBS Sports and ESPN experts are ahead of my current record of 52-39-1 (53-39-1 including Week 7 TNF).  This week, I expect the trend of road teams winning to continue.  Home field advantage has not had as big an impact this year, and a lot of this week’s road teams outmatch their home opponents.  Which teams will hold on for home victory, and which road teams will prove themselves? Keep reading to find out what I think, and as always, feel free to comment with your thoughts.

The Lions have been fairly competitive so far this season, but expect a rude awakening against the elite Vikings defense.  QB Matthew Stafford has some nice assets around him, but the Lions offense is far from elite.  Meanwhile, Minnesota will make the most of a favorable match-up against Detroit’s defense, allowing RB Dalvin Cook to lead the way to a big Vikings victory.

The Titans made a switch to Ryan Tannehill at QB, but it won’t be enough for victory, even as they host a banged-up Chargers offense. QB Philip Rivers will rely on the WR duo of Keenan Allen and Mike Williams, as S Kevin Byard contains TE Hunter Henry and the Titans run defense thrives. But LA’s defense will look pretty good themselves, causing the run game to continue to struggle and holding QB Ryan Tannehill and his offense to just 17 points. This will allow the Chargers offense to lead the team to an upset victory.

Expect a close game. QB Patrick Mahomes and his receivers will dominate against a declining Broncos secondary. But QB Joe Flacco will step it up and make it a close game at Mile High. Utilizing second year breakout WR Courtland Sutton, the Broncos will come within 1 TD of a victory. But it won’t be enough to outplay Mahomes.

Expect another easy victory over Miami here.  The Bills have been one of the AFC’s best teams so the Dolphins will not slow them down much offensively.  Meanwhile, an underrated, rising Bills defense will shut down QB Ryan Fitzpatrick in his return to the starting lineup after.

QB Gardner Minshew has not let Jacksonville down yet. I couldn’t see QB Nick Foles doing any better than Minshew has so far this year. So right now, the Jaguars have a decision looming with Nick Foles practicing again. That decision will get tougher as Minshew and his receivers thrive against a banged-up Bengals secondary. QB Andy Dalton will lean on his RBs and help Cincy put up a fight, but Jacksonville will pull ahead early and hold on.

This will be a very close game, as QB Deshaun Watson is dominant as usual and QB Jacoby Brissett makes it competitive in a surprisingly strong game against a weakening Texans defense.  Brissett put up 27 points in his debut with the Patriots when Houston had one of the best defenses in the league.  He can definitely put up a fight against the Texans but Watson will lead the Texans to victory in overtime.

The Raiders have really surprised on offense this season, and I expect them to put up a fight here.  But despite a lack of depth and no shortage of injuries among QB Aaron Rodgers’ receivers, Rodgers has continued to find ways to lead Green Bay to victory.  At Lambeau field, that should be easy as he relies on his RBs against a weak Oakland front seven that’s without LB Vontaze Burfict.

Look for QB Daniel Jones and the Giants to edge out a victory against a weak Cardinals defense, as Jones relies on RB Saquon Barkley and TE Evan Engram who are returning from injuries.  QB Kyler Murray will fail to put up much of a fight, but WR Christian Kirk’s return will significantly benefit the Cardinals and help make this close as Murray utilizes multiple reliable weapons. 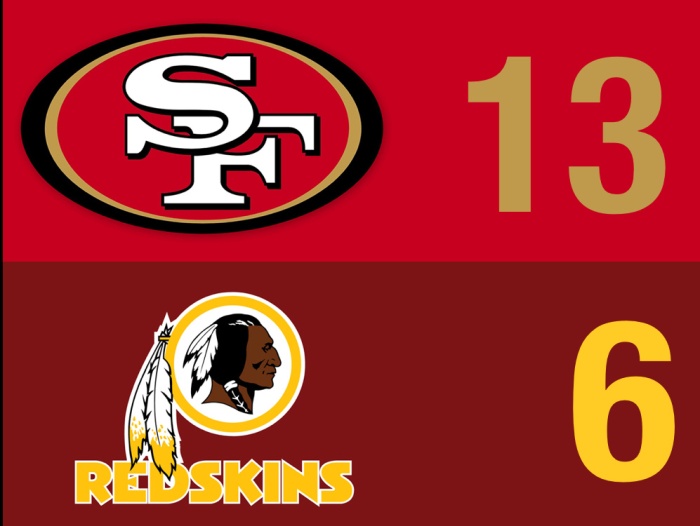 San Francisco should win with ease here, as their young, underrated defense shuts down Washington.  But it will be closer than people think, as CB Josh Norman, edge rusher Ryan Kerrigan, and S Landon Collins step up to lead the Redskins defense to a successful day. They will hold the Niners to just 13 points (1 TD), significantly limiting TE George Kittle, WR Dante Pettis, and RB Tevin Coleman. 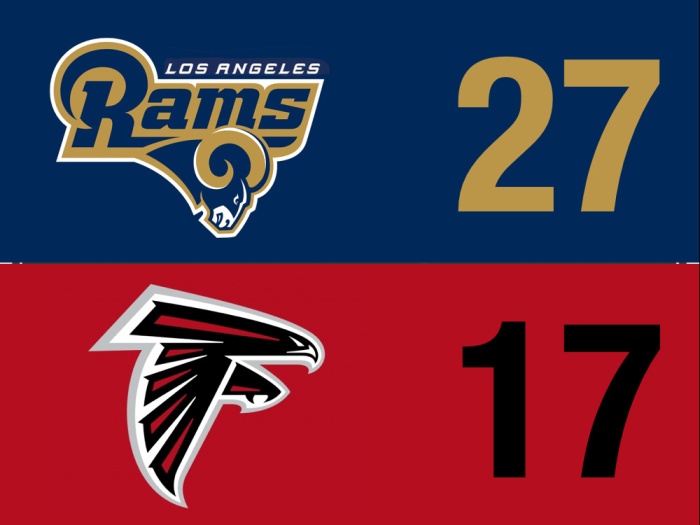 This will  be an exciting game, as two high-powered offenses face off.  Atlanta’s defense will struggle to contain QB Jared Goff and his elite group of WRs.  Atlanta will have a pretty strong game themselves against a banged up Rams defense.  But the Falcons will still struggle to keep up as LA’s defense limits RB Devonta Freeman and WR Julio Jones successfully. 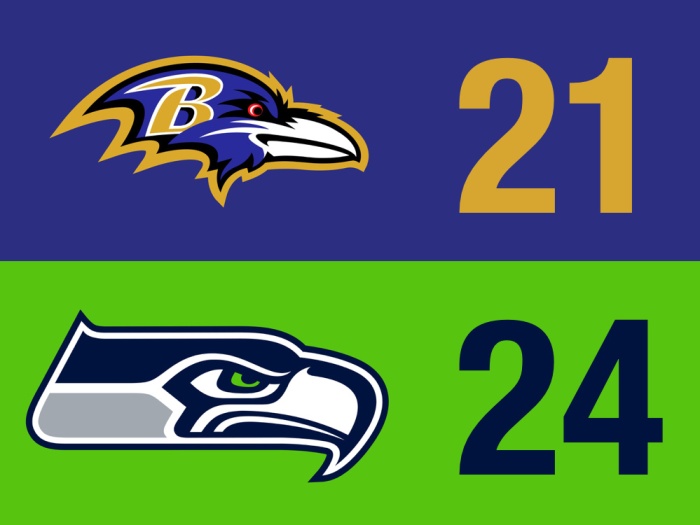 This will be a very close game. The Seahawks will rely on RB Chris Carson and the rest of the run game. Meanwhile, QB Lamar Jackson will be forced to throw in order to make this close, as LB Bobby Wagner, edge rusher Jadeveon Clowney, and others stuff the run successfully. Jackson will have some success throwing the ball, but it won’t be enough to beat the Seahawks at CenturyLink. However, Baltimore will make it close, and I could even see this going to overtime. 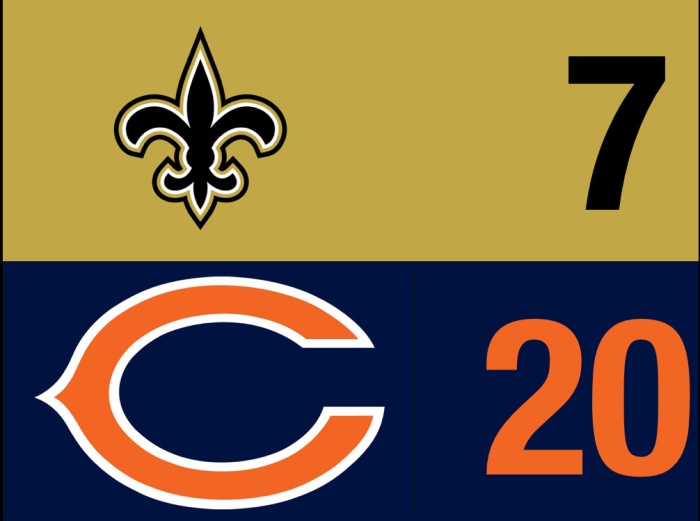 Look for the Bears to win with ease here. QB Mitch Trubisky isn’t the best of the best, but he’ll find a way to put up some points, even against a pretty good Saints defense. At Soldier Field, Trubisky will put up enough points to allow the defense to do its thing and lead Chicago to victory. Despite a very strong season so far filling in for QB Drew Brees, QB Teddy Bridgewater will struggle to break single digits against an elite Bears defense. The absences of RB Alvin Kamara and TE Jared Cook just makes things harder. 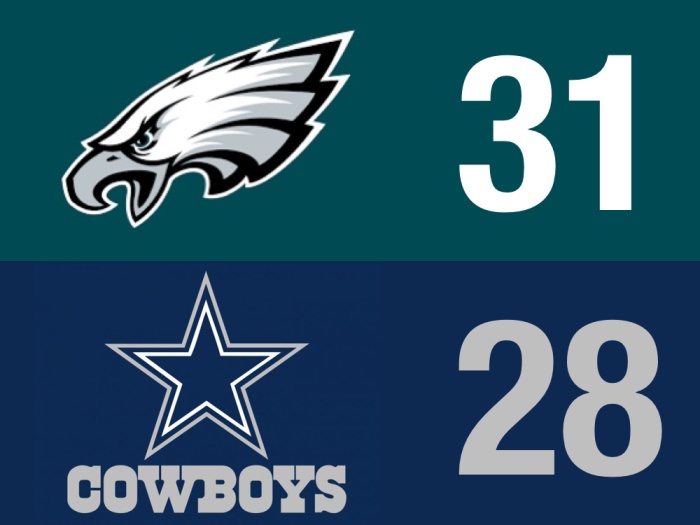 This will be one of the most exciting prime time games all season. Both these teams are contenders, but both have struggled of late. QBs Carson Wentz and Dak Prescott will make it a neck and neck battle, as Wentz is too much for a young Dallas defense and Prescott utilizes whatever receivers get has healthy to lead the Cowboys against a weak Philly secondary. Expect this to go to overtime and even potentially come close to a tie, but I think the Eagles will edge out a victory in the final minutes.

Without WR Josh Gordon, QB Tom Brady will not be able to lead the Patriots to victory alone. He’ll need the Patriots defense to shut down QB Sam Darnold and the Jets, which I think they are definitely capable of, even without DE Michael Bennett. Darnold will make this close, relaying heavily on RB Le’Veon Bell, but it won’t be enough against one of the best defenses in the NFL.

That’s all for my NFL Picks. Stay tuned for more NFL coverage and NBA coverage soon, including my Week 8 Picks and my NBA season predictions.