Skip to content
HomeRanking The Teams 30-25, My Version: The Ugly

Each year since 2014, David Schoenfield has ranked all 30 teams in tiers during the preseason.  For the third year straight, I am creating my own version.  I am out of school this week, so throughout the week, I will be posting my rankings.  Today they start with the bottom 6. 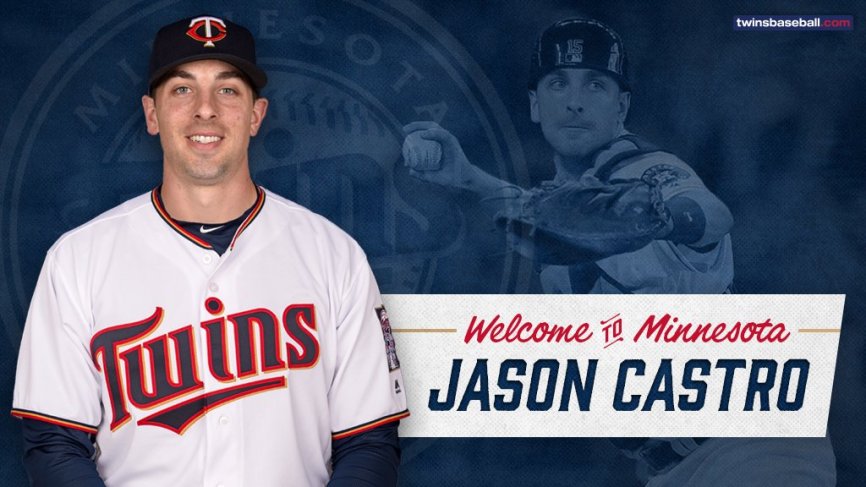 In the process of a rebuild, the Twins let older players Kurt Suzuki and Trevor Plouffe sign elsewhere in free agency.  However, they also lost young pitcher Tommy Milone.  They signed veterans Jason Castro, J.B. Shuck and Ryan Vogelsong.  These guys are nice veteran boosters and mentors, but are unnecessary signings.  The young Minnesota Twins just need a little time to develop before coming back to contention.

The Case for the Twins

The Twins will not contend in any way this year.  They are in the midst of a rebuild, and actually have a bright future ahead.  The Tigers and Royals will get old and decline which will leave room open for the Twins in coming years.  For now, they need to focus on establishing their young players, and wins and losses will not matter for them this year.  But in coming years, look for the Twins to finally get better.

Joe Mauer and Brian Dozier are getting older, and I’m liking the young talent on the Twins.  The younger players they have will do well this year, and eventually bring the team up with them. Third year player Miguel Sano is one guy who could make an impact.  He will take a full time job at third base in 2017, and will be a bigger contributor to the lineup.  He could be a team leader in the future.  Byron Buxton is another player to keep an eye on.  Despite a disappointing 2016 for both of them, 2017 should be a good year for Buxton and Sano.

Best Case Scenario: The Twins surprise many, as their young guns bounce back and lead the Twins to a second place finish in the AL Central.

Worst Case Scenario: Byron Buxton and Miguel Sano continue to regress and the Twins finish with the worst record in baseball.

The Padres didn’t do much in the off-season.  After losing veterans they shouldn’t have spent their money on, the Padres are at a desperate state.  They will not compete this season, so it’s time for a rebuild.  They did sign veteran Erick Aybar to a minor league deal, but he’s no more than a veteran mentor, and will not lead the Padres to contend.  The Padres will focus on building upon their young roster, and if they did that a couple of years back, they might of had a legitimate chance this year.

The Case for the Padres

The Padres may be at their worst ever.  While building a young roster, they will not compete this season.  None of their starting pitchers are very established yet, and the lineup has some bright spots, but needs work.  This rebuild could take a long time, but it’s worth it.  If the Padres tried to go for it this season, the end result would be the biggest MLB failure in a long time.

One investment from a couple of years ago that was worth it was the signing of Wil Myers.  Myers has done well for the Padres, and him, Yangervis Solarte and Erick Aybar make up a nice infield of veterans to teach the younger players.  Myers will actually put up some impressive stats in 2017.  In 2016, he was a Home Run Derby participant and All Star.  Myers will continue to put up good numbers in 2017, and he will make the Padres look just a tiny bit better.

Best Case Scenario: Wil Myers boosts the lineup, and the young rotation breaks through as the Padres finish just under .500.

Worst Case Scenario: The Padres have their worst season in history, the young players struggle at the major league level, and the Padres barely endure a dismal season.

The Athletics weren’t quite as active as they usually are this off-season, but they did fine-tune their team.  They aren’t anywhere near contending, but adding some depth with experienced players will at least prevent disaster in 2017.  Rajai Davis recently came back to Oakland.  Alejandro De Aza, Ross Detwiler and Jaff Decker were invited to spring training among other veterans.  They also signed young third baseman Trevor Plouffe.  They filled most of their major off-season needs, and that will help them despite other problems.

The Case for the Athletics

The A’s have a nice mix of veterans and younger players.  Once their prospects develop, this will benefit them and they will thrive.  But that might not happen for a while, and right now, they’re just going to be considered an old team that won’t contend.  If they rebuild a little, maybe they’ll season their young players more and see more success soon.  But whether they rebuild or stay put, the Athletics aren’t going to have a winning season.

Khris Davis was acquired from Milwaukee in the 2015-16 off-season, and since joining the Athletics, he has been their best hitter, and has been a bright spot on the Athletics by putting up impressive stats.  Davis was a home run hitter in 2016, with 42 dingers.  He drove in 102 runs and got a career best 137 hits.  The 42 dingers, also his career best, were enough to tie Edwin Encarnacion and Brian Dozier for 3rd in the MLB.  Encarnacion and Dozier are team leading stars, and Davis may be developing to be just that.  Davis had more home runs than the Rockies’ star third baseman Nolan Arenado!  I also think starting pitcher Sonny Gray could look good in a bounce back year, but Davis is the safest bet.

Best Case Scenario: The rotation bounces back, the lineup finally finds a way to do strongly and the A’s attempt to return to the playoffs.

Worst Case Scenario: The injury bug hits Oakland at its hardest, and the Athletics finish terribly, with one of the worst records. 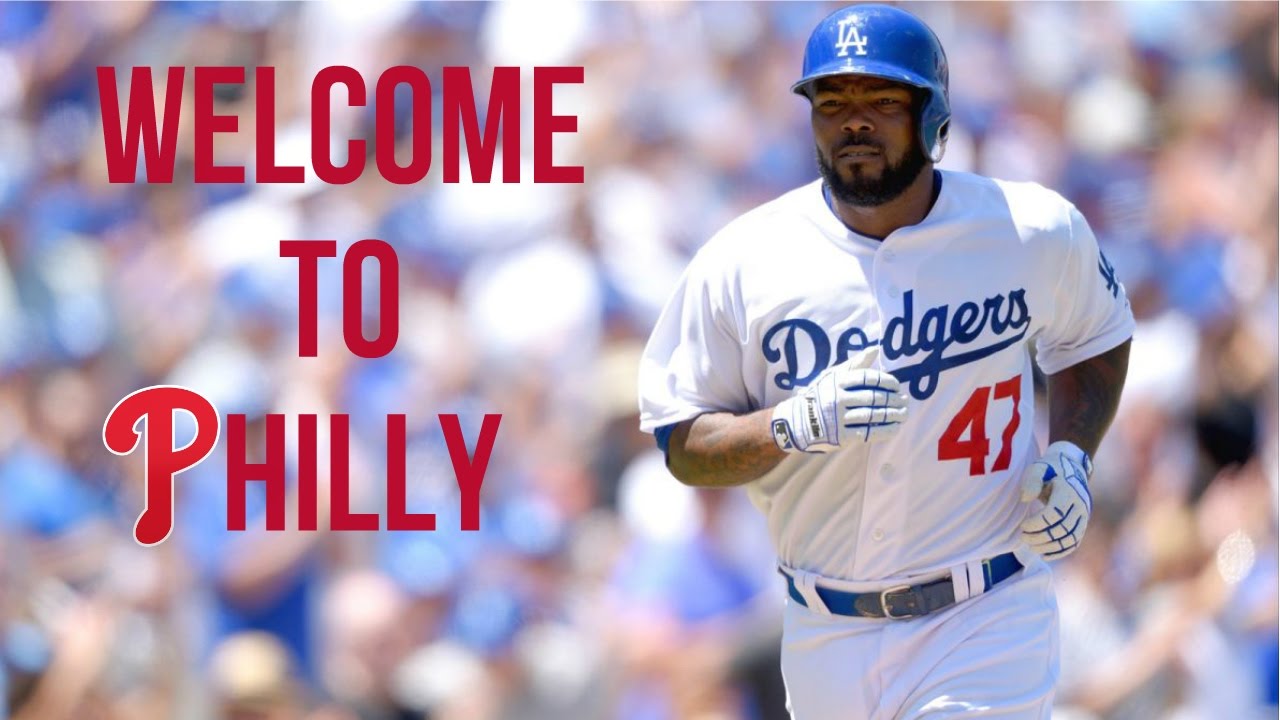 The Phillies have finally established a young roster, but it will take a couple years to return to stardom.  The rotation still needs work but they added some veteran mentors/big hitters to help their case.  They acquired starting pitcher Clay Buchholz, and added Howie Kendrick and Michael Saunders to the lineup.  Now, with veteran mentors to help a young, talented roster, the Phillies could be back to contention a couple of years from now.

The Case for the Phillies

The era of washed up, old Phillies is over.  Ryan Howard, Carlos Ruiz, Chase Utley, Jimmy Rollins, Ben Revere, John Mayberry Jr. and Domonic Brown are all gone. Now, it’s time for the young guns to take over this team.  This puts this year’s team pretty low in the rankings.  However, don’t be surprised if the Phillies are the next surprise wild card in 2018.  These young players are very talented, and once they’re developed, which will happen over the next year or two, the Phillies will be good once again. 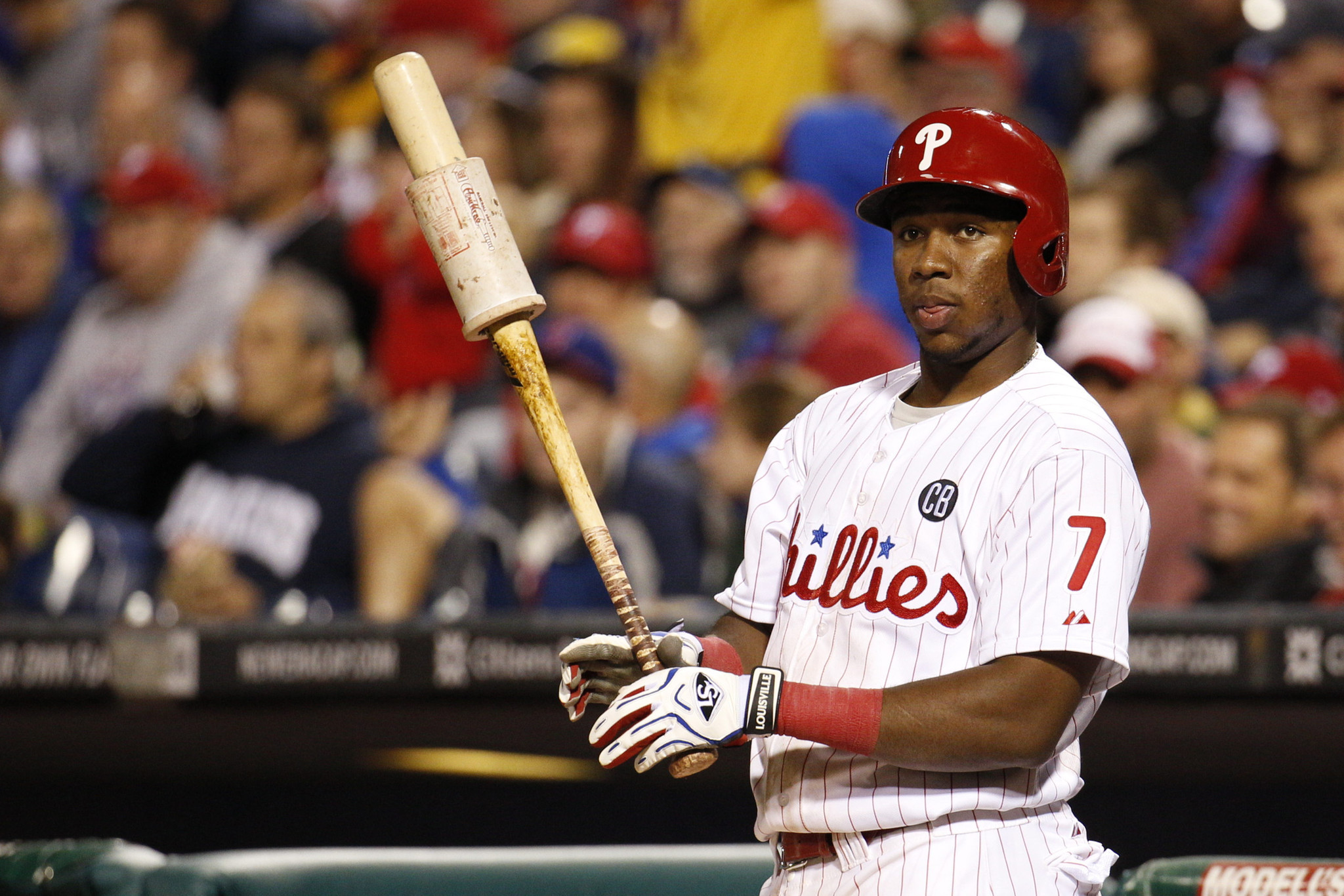 Putting the older guys aside, there are a few talented young guns that have already broke out.  Odubel Herrera, Freddy Galvis and Maikel Franco are already doing strongly.  Franco is the Phillies’ bright spot.  He is keeping this lineup alive.  In a couple of years, Franco could be a superstar.  The new environment in Philly leaves him with an important role in the lineup, and I think he will come through in that role.

Best Case Scenario: The Phillies return to contention with an impressive season by a lot of young players.

The Braves are in the midst of a rebuild.  The starting rotation is getting old after they added Bartolo Colon and R.A. Dickey, but the older players are still good.  The lineup also includes veteran mentor Matt Kemp.  The rest of it consists of young stars and players ready to breakout.  Dansby Swanson is the favorite for the NL Rookie of The Year, Freddie Freeman continues to shine, Nick Markakis has done alright in Atlanta, and new acquisitions Brandon Phillips and Kurt Suzuki will help this team improve.

The Case for the Braves

The Braves won’t compete this season, but they’ve put together a nice mix of old and young that could do well in the future.  The pitching staff still needs to develop and be fine-tuned, but the lineup is looking better, and could be a lot more powerful this year and in future years.  The Braves currently lack depth, but once more prospects break the majors, the Braves could have some of the best hitting in the MLB, with a strong lineup led by Freddie Freeman.

Some of the older players provide power to the lineup, but younger players Freddie Freeman and Dansby Swanson make the Braves a little more fun to watch.  Freeman really broke out last year, with a stellar performance especially in the 2nd half.  Freeman had already established himself as a franchise player, but he really went all out in 2o16.  Swanson has a potentially great rookie season ahead of him.  The Braves have opened up a spot at shortstop for him, and Swanson will take advantage of that.

Best Case Scenario: The rotation finally gathers itself, the lineup is dominant, and the Braves compete for a wild card in the NL East.

Worst Case Scenario: The rotation is a bust, the lineup doesn’t perform like it should, and the Braves finish last in the NL East.

The Rays didn’t have a huge off-season.  They lost some crucial guys, and they traded away Logan Forsythe and Drew Smyly.  However, they added to their pitching depth in that trade by acquiring Jose De Leon.  Despite losing Desmond Jennings, they resigned Logan Morrison and signed Colby Rasmus to help fill out the starting lineup.  Wilson Ramos and Nathan Eovaldi were also signed but are recovering from injuries.  They made a lot of small moves, but nothing major enough to impact the Rays.

The Case for the Rays

The Rays play in the toughest division in the MLB.  They have a talented team, but just don’t stack up to the rest of the AL East.  They would be a mediocre team in a weaker division.  But this is just how it is.  The Rays don’t stack up with everybody else.  A rebuild is not needed, now is just a big wait.  A big wait for the Rays to able to do well again.  They have a good roster, but some of these guys are getting old, or just aren’t as good as the other stars of the league.

The lineup is just mediocre.  The true bright spots in Tampa are Chris Archer and Alex Cobb.  Archer struggled in 2016, but is still the ace of the Rays.  Cobb has been injured the last two years, but will perform well when healthy.  Both of these guys should make a big impact for the Rays in 2017.

Best Case Scenario: The strong rotation leads the Rays to compete towards the top of the AL East, in hopes of a playoff spot.

Worst Case Scenario: Injuries hit hard again, and the Rays look worse than ever, finishing not just last in the AL East, but the whole American League.

Baseball season is almost here.  This is just the start of my rankings series.  Comment your thoughts and predictions, and check back tomorrow for my 24-19 rankings.  Who will be next on the list?  Check tomorrow to find out!