Welcome to part two of my March Madness preview series, where I break down each region on the bracket and pick my winners for the first two rounds and make my pick on who’s going to the final four.  If you’d like to see my full bracket, click on the link below.

Missed a previous article?  Check them out below. 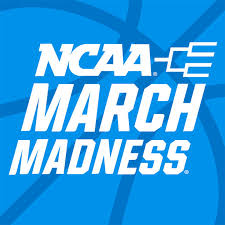 Today, I’ll be taking a look at the East Region.  Villanova is the clear favorite here and assuming West Virginia or Wichita State doesn’t mess up their momentum, they have a clear path to the Final Four.  But don’t be surprised if some underdogs such as Wichita State and Florida challenge them for the crown.

Radford lucked out when UNC Asheville and Winthrop lost early in the Big South tournament, and they may be better than LIU Brooklyn (who’s only here due to their success vs. Wagner).  But they do not have a chance against Villanova.  The Wildcats are one of the best teams in the tournament this year, and Jalen Brunson will lead them to a deep run, starting with a win here.  Villanova’s high-powered offense will just be too much for Radford.

I was giving Alabama a hard time early on, but when I realized they had the third toughest schedule, I cut them some slack.  It just so happened to turn out that way, and I regret rejecting to place them in my projected Field of 68 until they made a run in the SEC tourney.  Doing what they did on the third toughest schedule after missing the tournament last year is very impressive, and they will keep up the good work against Virginia Tech, led by Collin Sexton.  Virginia Tech had a great season, but they won’t stay on top of Alabama, who is coming into this tournament with plenty of momentum.

The Thundering Herd made a great run in the C-USA tournament, defeating Middle Tennessee and Western Kentucky to win the conference.  But they did not have a good season.  Wichita State was able to win March Madness games in lower seeds.  Now that they joined the AAC and got the #4 seed, they will be even stronger.  Expect a deep run out of the Shockers, who will continue to shock at the Big Dance.  It all starts with an easier win here.

Murray State could pull an upset here.  They are 47th in RPI, which is a pretty high mark for a mid-major.  But West Virginia has been upset a couple times in recent years, and they will learn from their mistakes.  The Mountaineers should be able to get past this ambitious Murray State squad.  The Racers were 26-5 after winning the OVC, but they did not beat anyone from a high major conference.

SF Austin is one mid-major team who has made a name for themselves in the NCAA tournament.  The Lumberjacks quietly had a strong season in the Southland conference, and they came up big in the conference tourney.  Their offense will compete with Texas Tech’s, as they have scored 81.1 PPG this season despite an easy schedule.  But SFA beat the tougher teams on their schedule like LSU and North Dakota State, coming very close against Mississippi State and Missouri.  I’m sensing an upset here.  SFA pulled a similar one in 2016 against West Virginia, and they can do it again, this time against Texas Tech, who lost their momentum coming into the Big Dance by losing 4 of their final 5 regular season games and losing to WVU in the Big 12 semifinals.

The Bonnies had an impressive win against another Pac-12 team who failed to make the Round of 64 (USC was in the first four out, and Arizona State could lose to Syracuse).  But Florida is underrated.  The Gators have an interesting profile, with wins over Cincinnati, Gonzaga and others early to go along with a late run, despite some bad losses.   They started well and ended well, which makes their season pretty memorable.  I could picture them beating the Bonnies.  If they can ride their late season momentum, they have the potential to make a deep run.

CSU Fullerton is another team that made an impressive conference tourney run but will fail to keep up their momentum in the NCAA Tournament.  Carsen Edwards leads a strong group that makes Purdue’s core this season.  Edwards is averaging 18.5 PPG for the Boilermakers, and he will lead a strong offense to the Round of 32 and beyond.  Ranking 9th in RPI and averaging 81.1 PPG as a team, the Boilermakers are well on their way.

The Bulldogs had a good season, but despite making the Big East semifinals, Butler struggled to keep up with the tough but tight Big East.  The Razorbacks also rode a late run into the tourney with a SEC tourney semifinal appearance.  But I think Arkansas had the better season overall with better wins.  They advance to the Round of 32.

If my first round picks are correct, the Round of 32 will line up like this:

Collin Sexton will challenge Villanova’s offense, but I trust Jalen Brunson to lead Villanova back to the Sweet 16 after Wisconsin upset them in the Round of 32 last year.  Wichita State will advance to play them, as they shock West Virginia.  West Virginia may have learned from their mistakes in the 1st round, but it’s always difficult to beat Wichita State.  I don’t think SF Austin will make the Sweet 16, even though I’m very confident in picking them in the 1st round.  Florida continues their momentum from late in the regular season, advancing to the Sweet 16.  Lastly, I think the red hot Razorbacks will challenge Purdue, but Carsen Edwards and co. will lead Purdue to the Sweet 16.

And The Projected East Champion Is…

The Gators are underrated and on a good streak right now, and if they can start off this tournament strong, it will take them places.  Purdue and Villanova/Wichita State could give them a real challenge for the crown, but Florida is my underdog to make the Final Four.  However, on my safer brackets, I picked Villanova to make their second Final Four in three years.  Wichita State and Purdue will also contend.

That’s all for this preview.  Stay tuned for Part 3, where I will take a look at the East Region.  In addition, I’ll be releasing an update on the NFL free agent frenzy this weekend, including how I’ve done on my predictions so far, the top stories you may have missed, and my thoughts on what happens next.