Skip to content
HomeThe Case for the Eagles: How They Can Win, Keys to the Game

Welcome to my third article in my series of previews for Super Bowl LII, where the underdogs, the Eagles will try to come through on the big stage against the defending champions.

Here is my schedule for the series.  Articles that are already up include links to the article.

Tuesday, Jan. 30: The Case for the Patriots: How They Can Win, Keys to the Game

Wednesday, Jan. 31: The Case for the Eagles: How They Can Win, Keys to the Game

Sunday, Feb. 4: Watch the big game and stay tuned for my Recap!

The Case for the Eagles 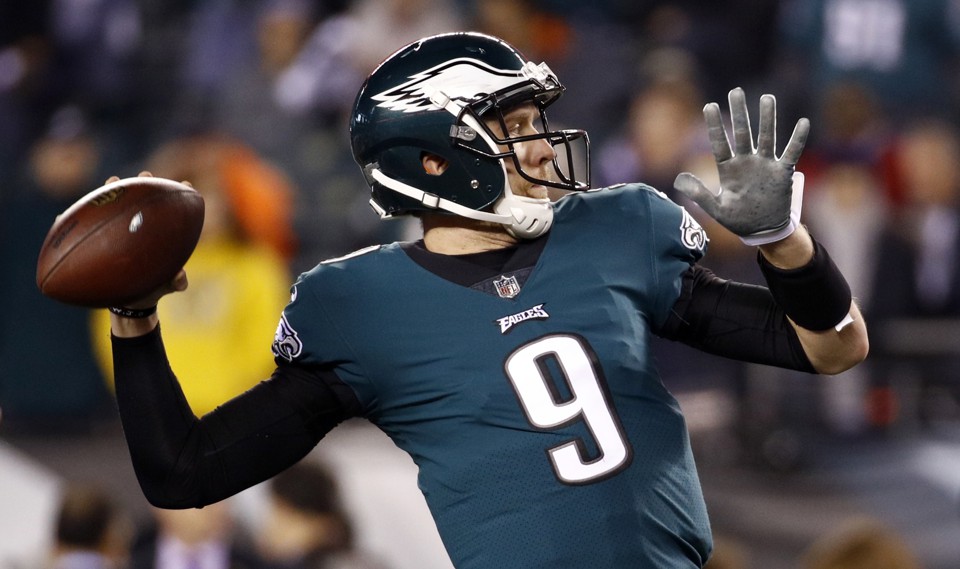 The Eagles are coming off a big win going into this big game.  Nick Foles broke out, throwing for 352 yards and 3 TDs to lead the Eagles to a 38-7 victory.  What Foles proved is that the Eagles have the offensive weapons of a Super Bowl-winning team, they just need a productive night out of their QB.  Nick Foles is the X-factor and the biggest question for the Eagles.  Although the Patriots secondary will be ready to keep Foles’ receivers well covered and make it hard for him to find them in either scenario, having a rough game doesn’t even give him a chance to win it.  Getting into a rhythm is step one for Foles and the Philly offense.

The Eagles have strong receivers that can at least try to get past a tricky Pats secondary, so if Foles picks up where he leaves off, the Eagles could soar.  Otherwise, Foles and the Eagles offense will struggle as the carriage turns back into the pumpkin and the Patriots dominate.  The Eagles also have a great run game that they should take advantage of against a defense that has struggled against running backs.  That’s something that’s not a problem in Philly, as they allowed the 2nd least rush yards during the 2017 regular season.

Speaking of the defense, they’ll need to be on top of their game for the Eagles to win.  If they have a good day, they could get on QB Tom Brady’s nerves and mess up the New England offensive scheme.  Although many people are saying otherwise, the Eagles do have a chance to win the Super Bowl.  These underdogs quietly made their way in through productive offense and dominant defense.  If you’re a Pats fan like me, don’t assume that the Pats are all set and will have it easy.  This will be a close one, at least in my opinion.

It will be especially close if the defense can pressure TB12 and Nick Foles can keep up the good work.  Those are their two major keys to win the game.  They’ll also need to win the turnover battle, get the run game going against a Pats defense which has struggled against running backs this year, and keep receivers open for Foles to make sure he doesn’t throw preventable interceptions.  If Foles makes mistakes like that, it could put a wrench in Philly’s entire gameplan, even if he looks good for the majority of the game.

Although they are clear underdogs, will the Eagles win Super Bowl LII?  Stay tuned for my Super Bowl LII Predictions this Friday to find out what I think.