Last week was probably my worst week in picks yet.  I went 5-11, making my overall record just 22-25!  But this week, I have modified my picking method to make sure it doesn’t happen again.  Who will win this week’s slate of games?  Keep reading to find out. 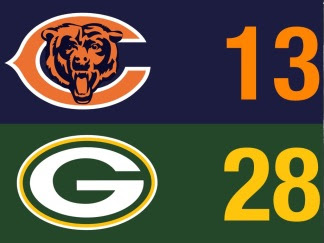 The Bears may have beaten the Steelers but that was last week.  It won’t happen two weeks in a row, especially since they’re on the road this week.  Chicago can’t continue to win games if they are completely reliant on their run game.  Their receiving game has struggled without White and Meredith.

With Chicago’s offense one-dimensional, expect the Packers defense to take advantage.  On offense, the Packers Jordy Nelson should have a huge week.  He and the other Packers receivers will overwhelm the Bears secondary.  This will all add up to a big win for the Packers. 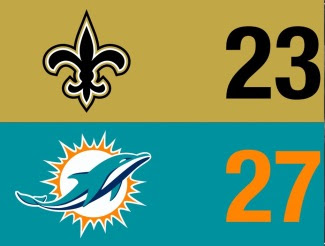 I don’t know why the Dolphins are the underdogs.  It could be because they lost to the Jets last week in New York.  The Saints haven’t been much better so far which is why the spread is close to even.  The Saints may have shown us something last week in their first win but Carolina was not at full strength with Olsen and Benjamin (who was hurt early on) out.  I think the Dolphins will come away with a narrow victory.

One key factor in this game is Jay Ajayi.  Ajayi rushed for over 100 yards in Week 2’s win over the Chargers.  On the other hand, he was limited to just 16 yards against the Jets.  So far this year when Ajayi does well, the Dolphins win.  The Saints run defense has not done well this season (9th worst in the NFL) so expect Ajayi to dominate, especially at home.  The Saints offense will be tough to defend though especially with stud WR Willie Snead returning from a 3 game suspension.  Does the Miami secondary have what it takes to cover both Snead and Michael Thomas, or will they be too much for the Dolphins?  Thomas or Snead could have a huge game but I think if the Dolphins can get into a rhythm on offense and keep the Saints offense off the field, they will win this game. 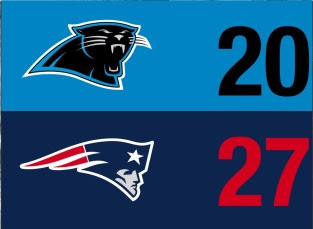 The Patriots are gaining some momentum after two big wins where they scored 36 points in each game.  They will come up big again against Carolina.  The Panthers are depleted by injuries right now with offensive stars Greg Olsen on IR and Kelvin Benjamin banged up with a knee problem.  The Panthers will have to depend on two up and coming rookies for offensive plays.  WR Curtis Samuel and RB Christian McCaffrey have helped lead the Panthers to their 2-1 start.  Expect the Patriots to game plan against McCaffrey and to try and bump Samuel at the line to throw off the timing of his routes.  Will they be ready for the unexpected that Belichick usually likes to have ready for rookies?

Cam Newton could be the x-factor for the Carolina offense as the Patriots just faced a QB very similar to Cam in Deshaun Watson.  If Cam can return to his pre-injury form, the Pats defense could be in for a long day.  For the Pats offense, both Gronk and Cooks could have big days against the young Panthers corners.  Even without Thomas Davis, the Panthers run defense could give Gillislee and White problems.  However, the Pats proved last week that a healthy Cooks, Hogan, and Gronk can do a lot to offset an inconsistent run game for the Pats. 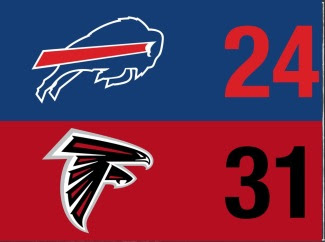 This game will be closer than many may believe.  Atlanta’s offense dominated last year.  The offense led by studs WR Julio Jones and RB Devonta Freeman was strong enough to bring them to the brink of a Super Bowl victory.  This year, Atlanta’s offense is still on a roll butBuffalo’s offense has surprised many especially with an upset win against Denver last week to put them at the top of the AFC East for the first time in many years.

Atlanta will win this game but it won’t be easy.  Expect the Bills offense to be as physically and mentally prepared as Atlanta’s.  LeSean McCoy could be dominant with Atlanta’s star LB Vic Beasley out.  Tyrod Taylor has several receiving weapons that could give the Falcons secondary some problems.

But the Bills defense could blow the game for Buffalo.  Buffalo’s young secondary lost their top two corners to trades/free-agency this off-season.  I believe Atlanta’s versatile receivers will have big games and they will carry the Falcons to a big win at home. 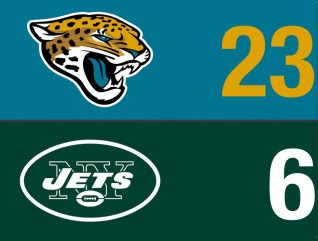 The Jaguars had an impressive win last week in London.  They have been inconsistent so far this season but a match-up against the Jets could have them at 3-1 atop the AFC South.  Can the Jaguars win two in a row and gain some momentum or will they continue as an up and down team?  The Jaguars have a strong young defense and have made big plays on offense and I don’t expect the lowly Jets to have a chance, even at home.

If Blake Bortles plays like he did last week and protects the football, it should be an easy game for the Jags.  I think the Jets secondary will be overmatched and Bortles will lead the Jags in a blowout. 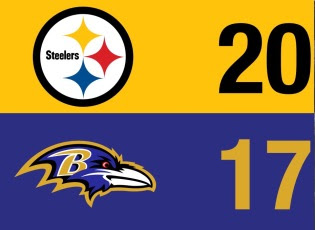 The Ravens receivers will do well this week against a Steelers secondary that has struggled so far.  Safety Eric Weddle and the Ravens front seven will also do a good job containing a strong Steelers offense.  The Steelers should do a good job of pressuring Joe Flacco especially with the Ravens O-line depleted by injuries. Steelers win in a close one. 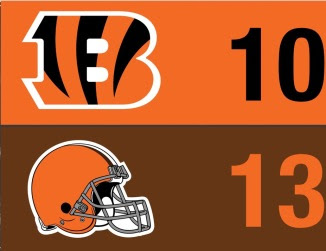 This could be yet another close game this week.  Both these teams are 0-3.  Who will get their first win?  I know it’s hard to believe but I think the Browns get the win here in the battle of the AFC North bottom feeders.  The Bengals some great offensive weapons but they have shown no rhythm.

This will be a low-scoring game as the Bengals defense will find a way to pressure rookieDeShone Kizer. 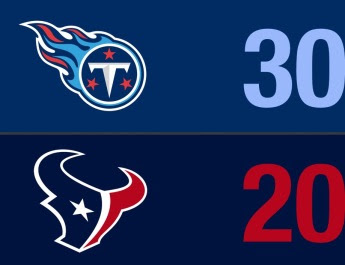 The Titans have looked better this season and with WR Corey Davis on his way back from an injury expect the offense to be even more dominant.  The Texans may have a good defensive front but their secondary isn’t as good this year.  Expect Delanie Walker and the Titans receivers to have a big game because the Titans offensive line should be able to give Mariotaenough time to make big plays.

The Texans offense is not good enough to give the Titans defense a serious challenge, so the Titans should be able to win this game with ease. 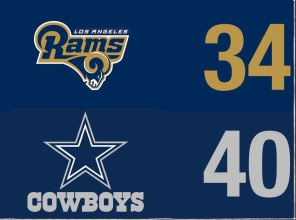 This game will be high scoring.  The Cowboys will win in an offensive shootout that could potentially be close enough to go to overtime.  The odds have Dallas favored by 8 but the Rams should be able to take advantage of the Dallas secondary.  The Rams have the kind of receiving core that could dominate against the Cowboys especially receiving weapons Sammy Watkins and Derek Carrier.

However, I still think the Cowboys will win the game.  First of all, the Cowboys offensive line is one of the best in the league and I expect them to give Prescott time to make big throws and also create good running lanes for Elliott.  Cowboys win in overtime. 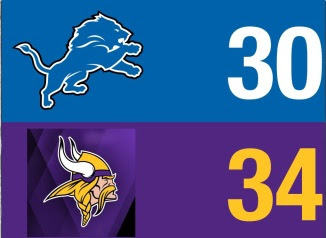 This is going to be a close one.  WR Kenny Golladay has done well for the Lions and he’s been hard to shut down.  For the Lions to have a chance he will need to have a big game because the Vikings have a really good run defense.

With QB Sam Bradford out, I expect the Vikings to run more especially with Lions star defensive lineman Ziggy Ansah injured.  Vikings RB Dalvin Cook could have a huge game.  I believe the Lions lack a true #1 corner so WR Stefon Diggs could be another factor especially since he has performed well with both Bradford and backup QB Case Keenum.  The Vikings win in a close offensive shootout in front of the home crowd in an exciting division match-up. 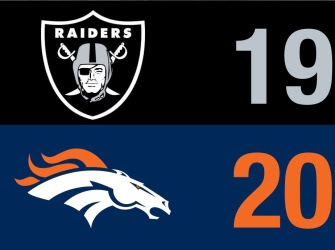 Both of these teams have looked good so far this season in arguably the strongest division in the NFL.  This is going to be a very competitive AFC West where I think any of the four teams could win the division.  The Raiders are really good offensively but the Broncos has one of the toughest defenses, especially in Denver’s mile-high air.  The Raiders QB Derek Carr may struggle to connect with top receivers Crabtree and Cooper because Denver’s secondary led by Chris Harris and Aqib Talib will likely be very physical and throw off the timing of their routes.

Trevor Siemian could have a tough game against Khalil Mack and the Oakland defensive front but the Broncos will win a close one at home. 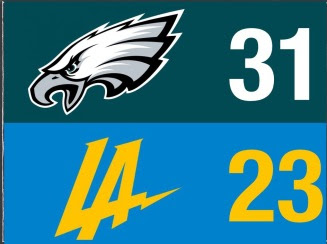 The Eagles have played well this season while the Chargers have struggled.  I think this pattern will continue as the Chargers secondary will struggle against a versatile group of receivers led by new Eagles WR Alshon Jeffery and WR Torrey Smith.

I expect Philip Rivers to struggle against a tough Eagles defense.  Eagles win on the road. 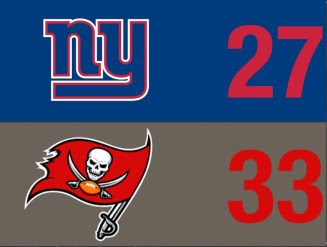 The Giants have started the season 0-3 but this one will be a close one.  I think the Giants offense will continue to improve as they did against the Eagles in a tough last-second loss last week.

The Giants secondary is a little banged-up so I expect the Buccaneers to throw a lot and Jameis Winston will have a big game with multiple TDs.  The Buccaneers have shown improvement on both sides of the ball and I think they will have the edge at home in an offensive shootout. 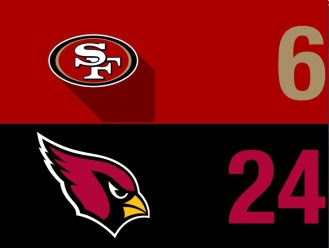 The 49ers haven’t won a game this season and don’t expect them to even come close this Sunday versus Arizona.  Sure, they will do a decent job pressuring Carson Palmer who can’t move as well as he used to.  But Arizona will have a balanced attack with speedy running back Chris Johnson having a big game.

A big sleeper in this game is receiver is Cardinals WR J.J. Nelson.  He could have a big game if he’s healthy and put up a performance more like his first 2 games of the season.  Cardinals win easily at home. 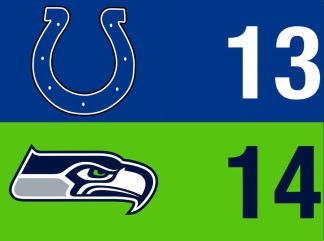 The Seahawks offense has struggled all year but I don’t think the Colts can win this game without Andrew Luck especially in Seattle, home of the 12th man.  The Seattle defense is especially tough at home and inexperienced Jacoby Brissett will likely struggle.  The Colts will need a big game from WR T.Y. Hilton to win but CB Richard Sherman’s physical play may disrupt his routes.

Even if the Seahawks offense doesn’t score a single TD on Sunday, the Colts still won’t be able to win this game on the road without Luck because the Seahawks have one of the best defenses in the league.  I would be shocked if it happened.  Seattle wins in a low-scoring game. 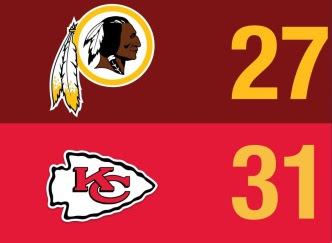 The Redskins have been alright but there’s no way they’ll beat the Chiefs at home.  The Chiefs are 1 of 2 remaining undefeated teams and expect that to be the same after this game.  The Chiefs RB Kareem Hunt and WR Tyreek Hill have been unstoppable, and TE Travis Kelce has also been a good receiving weapon to KC’s offense.  Alex Smith is having a career year so far and the Chiefs defense has dominated despite losing star S Eric Berry in game 1 this year.

The Redskins’ receivers will challenge the depleted Chiefs secondary.  Redskins WR Jamison Crowder could have a big game and keep it close for this prime-time matchup.  It won’t be easy but the Chiefs will win in an MNF shootout.