The toss was about to happen.  The Pats called their usual heads, and won the toss.  They marched down the field, treated it like their regular, weekly business.  It was great pass after great pass.  The Pats had made it to the 15 yard line.  They threw to Bennett.  It looked like a touchdown.  It was incomplete, but a flag was down.  It was pass interference!  The Pats got the ball at the 2.The Pats tried to find Bennett again.  The Falcons almost intercepted it, and ended their game like the Pats did to Seattle.  But it was an incomplete pass.  The Pats didn’t make the same mistake twice though.  White ran it, and it was a touchdown!  James White just made it in!  The Pats had won their 5th Super Bowl!!!

The Pats had made a 25 point comeback to win the game.  I thought it was all over when Atlanta scored their fourth TD.  The Pats were down by 25, and they won!!  The next biggest comeback in the Super Bowl was a 10 point comeback.  The Patriots have shattered records, and made history.   Brady leads all QBs in Super Bowl wins, and will forever be regarded as the G.O.A.T.  Belichick will be regarded as the best coach ever.  The Patriots have the best sports dynasty ever.

To begin the game, the Pats didn’t win the opening toss, and the Falcons deferred.  The Patriots were hoping for a good drive, but instead went 3 and out.  The Falcons got the ball and on their first play, Devonta Freeman ran it for 37 yards.  The defense was fooled by the play!  They just couldn’t keep up.  However, the Pats were able to stuff Matt Ryan and end the drive.  Things went like that throughout the 1st quarter.  There was a lot of sloppy play by both teams early.  To start the 2nd quarter, The Pats even got to the opposing 40 to start one drive with an Edelman catch, but lost their drive on a fumble by Blount.  It was still 0-0.  But after the fumble recovery, the Falcons went wild.  Julio Jones and Devonta Freeman led an amazing drive, and Freeman went on to score the first Falcons TD.  The next drive was very similar, and they quickly scored another touchdown. It was now 14-0 Falcons.  Many people were already starting to lose hope in the Pats, but I still believed they could win.  The Pats struggled to move down the field on their next drive, in attempt to respond.  They managed to get to the 23, but Robert Alford intercepted it, and went all the way to the end zone.

By the time he was at the 50, he was long gone.  The odds were looking pretty slim for the Pats.  The Patriots went on a decent drive before the half, but were held to a field goal.  They needed a touchdown, and without that, things weren’t looking good when it was 21-3 Falcons at halftime.

After a strong defensive start to the 3rd quarter, I was starting to regain hope, but the great Falcons offense marched down the field for another touchdown on their next drive.  It was 28-3.  There was only a quarter and a half left.  Even I knew the game was probably over.  But shortly after, the comeback began. The Pats didn’t look great yet.  They almost lost the chance to score.  But the Pats managed to get to the end zone.  It was their first touchdown of the game, to James White.  But Stephen Gostkowski missed the PAT and there was only about two minutes left in the 3rd quarter.  It didn’t look good.

The Pats quickly got the ball back, and managed to get a field goal.  They needed a touchdown, but couldn’t quite get it.  It was 28-12, and the odds were still heavily against the Patriots with only 9 1/2 minutes left.  But the Pats began to make miracles happen.  When Atlanta got the ball back, Dont’a Hightower strip sacked Matt Ryan and the Pats got the ball at the Falcons 25, with a little over half the quarter left!  They quickly got to the red zone, and Amendola caught the TD.  The Pats went for 2 with no doubt, and James White ran it in on a direct snap!  It was 28-20.  The Pats had a chance!

However, the Falcons were quickly marching down the field.  Devonta Freeman nearly took it to the 50, and Julio Jones caught a 27 yard pass at the sidelines that few players could catch, as he barely got both feet in.  However, Matt Ryan got stuffed and knocked out of field goal range on the next play!!  They should’ve just ran the ball and went for the field goal.  The Pats might have lost if that happened.  Instead, on the next play, with the Patriots pass rush pressuring Matt Ryan, they were called for holding and pushed out of field goal range.

The Pats had one more chance to tie it, but they would have to go 91 yards with just 3.5 minutes left.  But these situations are what makes Brady the G.O.A.T.  In the playoffs Brady had fourth quarter comeback drives 9 times before and he was going for his 10th.  The Pats quickly got into a rhythm, with quick passes to Hogan and Mitchell.  Then, a miracle happened.  It looked like Atlanta was going to intercept the pass and end the game.  But Edelman managed to catch the ball with 3 Falcons players fighting for the ball. After it bounced around several times, he saved the ball just before it hit the ground after bouncing off a Falcon leg!!  It was the best catch I have ever seen!!

Amendola followed it up with another great catch!!  Pretty soon, the Patriots were in the red zone, and the Falcons red zone defense that actually looked good early in the game failed again.  White ran in the TD.

It looked like the Pats made the 2-point conversion to Danny Amendola. But there was a flag. For a moment, I was nearly heartbroken.  But it turned out it was on the Falcons and the 2-point conversion was good!!!  The Pats had miraculously tied it up!!  The Pats defense actually shut down the Falcons so quickly on Atlanta’s final drive that they got the ball back in the final seconds.  Lewis ran it on a fake in the hopes of catching Atlanta off guard but Lewis tweaked his knee as he headed toward the sidelines at the 48 with the Atlanta defense in pursuit.  This game was going to overtime. It was the first overtime in Super Bowl history.

The Pats won the toss, and did their thing, treating it like a regular drive.  White just made it in, and it was a game!!!  The Pats won 34-28.  Brady won his 5th ring!!  The last 12 minutes of this game was some of the best football ever seen.  DeflateGate will no longer be a topic of conversation. Tom Brady, Bill Belichick, the Patriots dynasty and this game will be the topic of conversation in the coming years.  They broke some other records too.  They broke the record for most passing yards in a Super Bowl, and running back James White broke the record for most receptions in Super Bowl history!!  Yes, a running back now holds that record and also the record for most receiving yards by a RB in a Super Bowl!!

Bill Belichick also smiled, for real!!!  He has a reason to.  He and Brady each broke or tied a Super Bowl win record, Brady winning the most of any QB, and Belichick passed Chuck Noll for most Super Bowl wins as a head coach.

Tom Brady was the clear MVP, and receivers like Danny Amendola and Julian Edelman impacted the game big time, but Super Bowls are won as a team.  On the Patriots, there is one guy that isn’t getting the credit he deserves for this win. 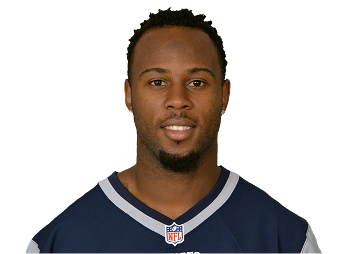 James White led the Pats with 110 receiving yards and a receiving TD. He broke the record most points scored by any player in the Super Bowl, with 20. He also had 29 rushing yards and 2 rushing TDs.  That’s 3 TDs!!  He additionally ran in a 2 point conversion.  Although Brady had 466 yards (almost 2 times more than Matt Ryan), White was a Top 2 contributor in both rushing and receiving, and scored as more touchdowns than Tom Brady threw.

The dynasty lives on and Tom will likely start his preparations for the next Super Bowl after the parade as the team is already favored to repeat next year.