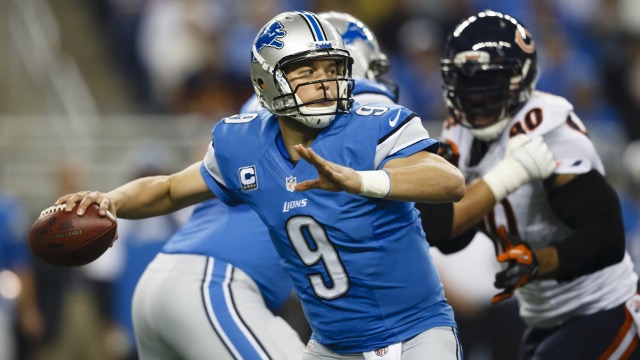 At this point, the Lions have a great enough edge on the Bears that you could call this a lock. The Lions offense has been great. It is sure to overwhelm the Bears. The defense has even been okay despite a bad recent past. The Bears, on the other hand, have failed at an offensive rebuild, and are left with one of the worst teams in the league on both sides of the ball. The Lions will definitely outscore the Bears, and I don’t know how much of an impact defense will have, but the Lions’ offense should win them this game. They have a good running back in Theo Riddick, three good receivers in Golden Tate, Marvin Jones and Anquan Boldin, and a strength at tight end with a Eric Ebron. Most importantly, Matthew Stafford has been great. This one should definitely go to the Lions.
Upset Of The Week 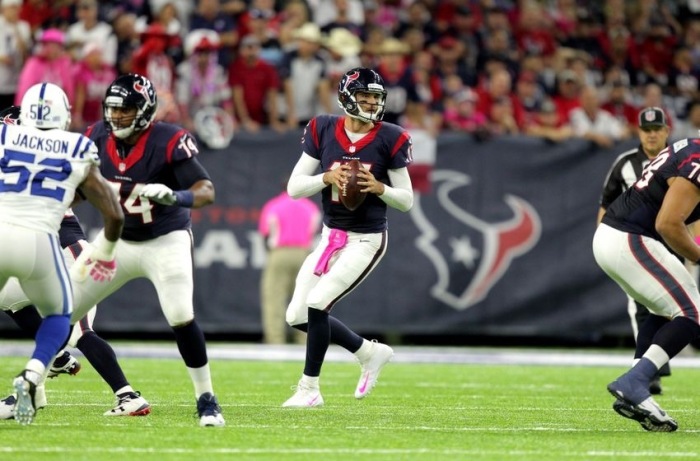 The Texans have struggled, but the Colts struggle on defense, and their offense does not match-up to a good Houston D. Houston’s offense has been doing well, and I think Houston will break out of their slump, and top the Colts in this game. They will outscore them, due to good defense and good offense. The Colts may have more weapons on offense but the Texans offense is star studded, and the defense should stop a Colts offense that lacks stars. I had a friend that said the Texans wouldn’t win another game. Come on! Their schedule doesn’t look bad, and this is an easily winnable game. They just need to find the Colts’ weak spot, knock them out of their momentum, and the Colts will go back to being their same, terrible selves from early in the year.
The Other Games 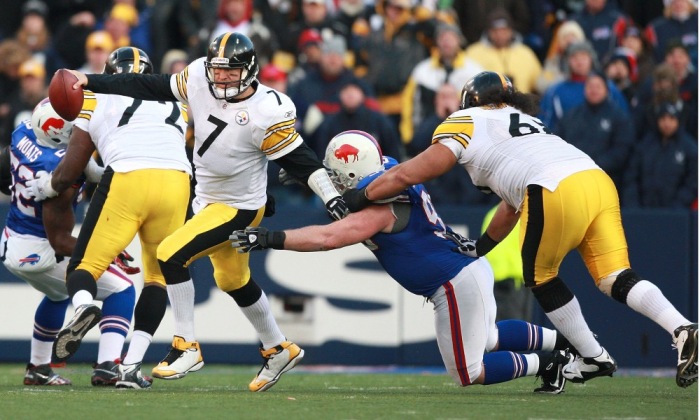 The Steelers may have their star-studded offense back, but the Bills are recovering from all their injuries, and could overwhelm the Steelers defense while a decent defense of their own nips at the Steelers’ point total.

The Panthers are bad, but they will show some signs of their old selves in this game, especially on offense, against one of the worst defenses in the league. The Chargers offense is good, but especially after suffering so many injuries, their running game looks better than their receivers. Carolina has more of a pass rush than a secondary, much more. Carolina should win in an offensive shootout.

There is a chance that the Browns will win their one game here, protecting themselves from an 0-16 season, but the Bengals looked good last week, and they may not be contenders, but they should beat the Browns. The Browns do have offense, a good run game, and a decent receiver and tight end, but they’re going up against a healthy Bengals defense, and they don’t have the best defense of their own.

The Vikings defense has been good, but their offense is pathetic. I think the Jaguars should win this game after doing something on offense and not having much to do on defense, as the Vikings struggle to score, and lose the game for themselves. This will be more of a Vikings loss than it will be a Jags win. The Jags are mathematically eliminated anyways.

The Dolphins have been impressive, but they got knocked out of their momentum last week, and it will show this week. Jay Ajayi shouldn’t be as good, and the rest of the offense might be a little out of their system. They’ll be decent offensively, but their defense will give up some decent points to a good Cardinals offense, and blow the game.
Eagles, 26, Redskins, 23 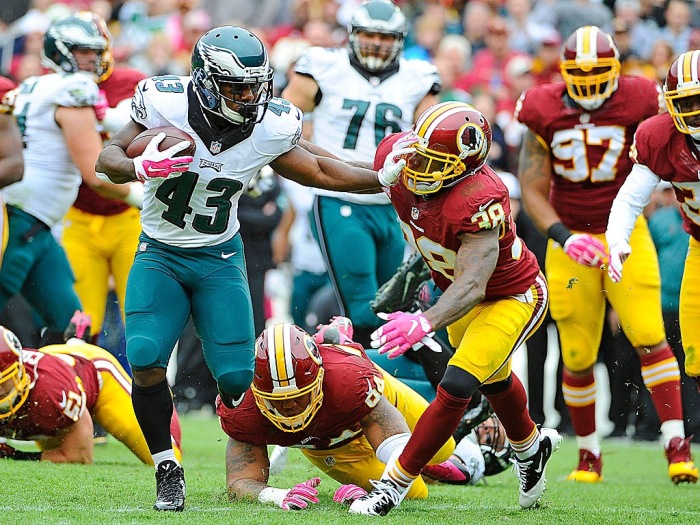 I know the Eagles have really slumped, and haven’t looked good for a while, but they just need to get back on track. At home against the Redskins, these teams will be pretty evenly matched, and if Carson Wentz does better, the Eagles will have slight advantage. I expect the Eagles offense to semi-rebound against the Redskins while the Eagles D doesn’t completely go wild, but does slow down Washington’s scoring process. So, the Eagles could be able to pick up the win at home, and I think that’s the more likely scenario. I do, however, could see a Redskins improvement in upcoming weeks, potentially leading to playoff contention.

Broncos, 16, Titans, 15
The Titans are at home in this one, and I know the Denver offense has struggled, but the Titans defense is pathetic. The only reason the Titans have done well is offense. They are not a team that could succeed in the playoffs, and I know it. The Broncos defense will be all over Tennessee’s offense, and drop this game. The Titans are the perfect match for the Broncos. The perfect match for the Broncos to annihilate. Due to their lack of offense lately, I don’t see a blowout, but a do see a secure lead throughout the game for Denver, leading to a victory.

Is this game even watchable? Even mentionable? Two mathematically eliminated teams, battling for a win that means nothing? It’s not really, but for those fans who don’t care about playoffs and just want a good game, or fantasy football players like me in their playoffs with players in this game (I have Brandon Marshall starting), this will be an interesting back and forth, as long as these teams are trying. With Bryce Petty starting on the road, I see no way that the Jets are going to win, but other fans see differently. The only reason I have Marshall starting is for a close game. What if these teams don’t even try, and just try and boost their stats, or tank? Who knows how it will end if that happens. But in my opinion, the 49ers are the logical team to pick, and I’m just going to go with logic here.

I know the Saints offense is really good this year, and have lots of depth, but the Saints have been struggling lately, and I don’t trust them on the road against the Bucs. The Bucs have Doug Martin back, and are building up to be a good offense. Even through a ton of injuries, the Bucs have found a way to keep winning games. Especially in Tampa, I don’t see this week being any different. I still see the Bucs defense as a good D ready to break through, but stopping a struggling Saints team that was already bad should be easy. The Saints defense is also not great and will give up a good amount of points to the Bucs. 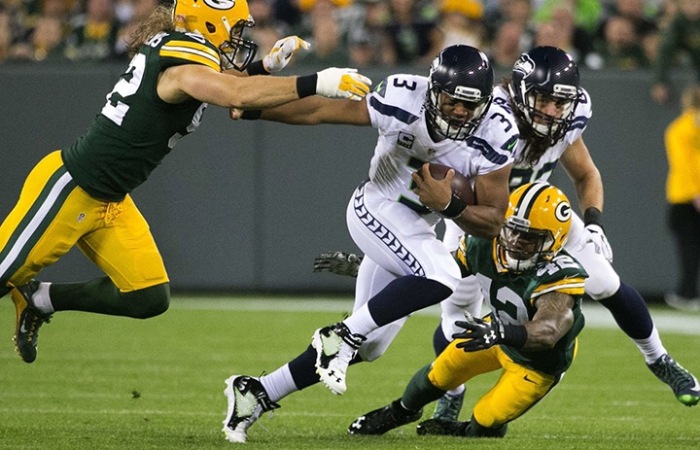 I actually think the Green Bay Packers still have a chance to make the playoffs. The issue is, they would likely need to win the rest of their games to get any playoff spot. This one will be a tough one to win. The Packers offense is very good typically, but they have struggled, and the Seahawks defense could give them a beating. However, the Packers defense isn’t bad, and the Seahawks have trouble putting up points. The only reason this will be high scoring is because the offenses will be extra motivated to fight back after being surprised by the other team’s lead. The Packers should win at home after a game that looks pretty evenly matched.

The Falcons offense has been a lot better than expected this year. I know I thought the Falcons would do terrible, but in this game and this season, I’ve pretty much changed my mind. The Rams don’t have quite enough offense to top Atlanta’s strong Big 3. The Rams defense may try to stop them, but this year they’ve just been too relentless to be stopped by that. As long as the opposing offense isn’t doing great, then the Falcons are capable of winning, even sometimes on the road.
Sunday Night Football 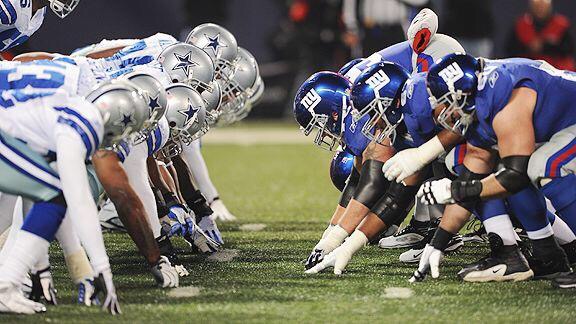 The Cowboys have an impressive 11 game win streak, but the Giants have been very good as well, and at home, I think they will end this Cowboys streak. I think the Cowboys will finish well and advance far in the playoffs still, but they’re not going to be winning every single game anymore! The Giants offense will be overwhelming, while a better Giants D takes care of the Cowboys offense, and holds them back at least enough for New York to grab a win.

The Patriots aren’t going to let the Ravens disturb them at home! Despite bad defense of late, their offense should destroy the Ravens defense in an offensive shootout. The defenses will do some of the work, but most of it should be offense. These defenses just haven’t been good lately! Especially the pass rush for New England and the secondary for Baltimore.

This was really a good Raiders offense against a strong Chiefs defense. Defense wins games. They had a really good game against the Raiders as expected, Derek Carr struggled again (I stupidly ran out of time to bench him), and the Chiefs went out there and their defensive excellence led to them sweeping the Raiders this year.
﻿