For most of the first four weeks, the Patriots really impressed me. I was actually a little worried about Jimmy Garoppolo after some rough preseason performances. He had a tough match-up in Week 1. They didn’t have to change the game plan much, as Garoppolo is similar to Brady in play style, but did he have the talent to beat a tough Cardinals team? What happened was a pleasant surprise. He handled it like he had been the Pats quarterback as long as Brady has. The Cardinals, on the other hand, have had a rough start, and we’ll get to that and more surprise teams of the early season later.

On to the Dolphins. This was clearly an easier match-up, and for most of the first half, Garoppolo took advantage of it. He threw for 3 TDs, until in the 2nd quarter, Garoppolo took a big hit, falling on his shoulder. He was in a lot of pain, enough that they had to pause the game. He was hurt, darn it. Jacoby Brissett came in. They only scored one TD, a Blount rushing TD, and the Pats scored a field goal. The Dolphins scored 24 points with Garoppolo out.

Garoppolo was ruled out for Week 3, and Jacoby Brissett was in the spotlight. Either Brock Osweiler failed and the Texans defense struggled with J.J. Watt still potentially hurt, but Brissett and the Pats shut out the Texans on Thursday Night, 27-0. He looked like a different guy! The Patriots now had three great QBs! Or maybe just one awesome coach! The Pats were 3-0, and hoping for the best case scenario by winning in Week 4 against the Bills.

Instead, Garoppolo was ruled out again, and Brissett’s Week 3 dominance proved to be a fluke. They were shut out 16-0. They didn’t even have a sense of urgency late in the game, when they needed to come back! Still, this is the Bills team that shocked the Cardinals, but the Cards are doing terrible, and the Bills went 0-2 in the first 2 weeks. This was simply the Patriots playing poorly.

Thankfully, a new chapter began this week as Tom Brady returned. He annihilated the now Josh Gordon-less Browns. Rob Ninkovich was back, and Rob Gronkowski was back to full speed at tight end. Martellus Bennett looked great too. The Patriots were 3-1 without Brady, and they looked even better today. They could end up being as good as 13-3, 14-2, even 15-1 with him now back. The Patriots went through a lot without him. Look at how well they’ve done without that controversy. That is how they should do for the rest of the year. You’ll see more passing, more scoring and a secure QB position, especially now that Garoppolo’s proved he’s a reliable backup if Brady happens to fall later this season. Basically, expect more of the same in the near future. 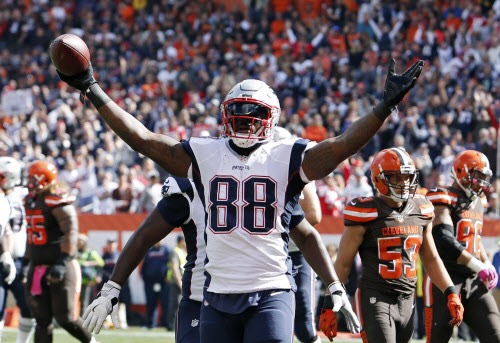 The Pats take on the Bengals this week. Will Tom Brady continue to thrive?

This one is more unpleasant for Pats fans, but still, Trevor Siemian meant a lot more to this team than I thought. Siemian kept the offense going while the defense did its thing. The Broncos were going back to the playoffs the way he was playing. But then he got hurt. Paxton Lynch has just not been the same for the Broncos. I like Lynch, and I think he can do well enough to keep the starting job until Siemian is 100%, but not enough to keep the job (probably), or lead Denver to the playoffs. This is where I see Denver falling. If Gary Kubiak makes the wrong decision and give Lynch a chance to lead the team, Denver will fall out of contention. If Siemian’s not playing at his best anymore after he returns, Denver falls out of contention. It’s a very risky choice either way. Kubiak’s just going to have to make what he thinks will lead them to a better record. The defense will also continue to do well either way, but no offense means no wins, and the Raiders now could easily take over the division. Anyone could, it’s a tight division.

I was kind of expecting this one, but I’ve been especially impressed by their 4-1 record, and I thought the Jags and Bills would do the same thing. No, just Oakland, and maybe the Ravens. Derek Carr’s been awesome, Amari Cooper’s taking off, and the defense isn’t too shabby. The Raiders need to win this division. I don’t want the Broncos in the playoffs under any circumstances. Can the Raiders do it for us Pats fans? 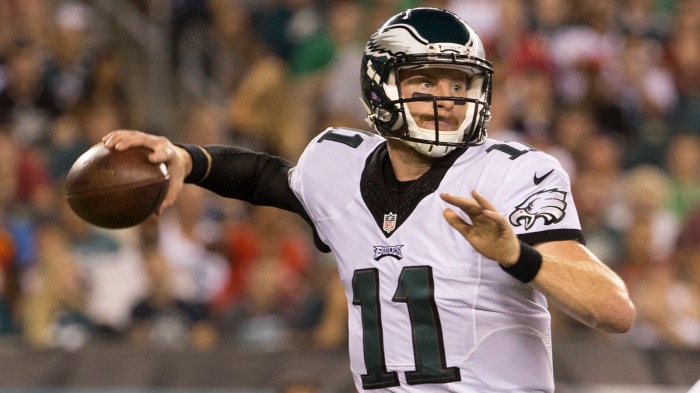 Going into the season, I thought the Eagles would be terrible. The offense didn’t look great, and the defense looked terrible. This season, the defense has been much better than expected, and Carson Wentz has led this team back to contention. Chip Kelly has not been missed. The Eagles made the right moves, now they’re on track to just keep winning. They have an easy match-up this week, and the only reason they lost last week was that Matthew Stafford and the Lions offense made magic again. They are such a sleeper team. Before this week, they had underperformed. But I’m very surprised to see the Eagles thrive so easily.

I expected the Rams to be terrible, especially with no Jared Goff. They’ve still looked pretty bad, but their record so far says otherwise. However, I think their wins were easier than you might think. The beat the Bucs, a Seahawks team that couldn’t start to their offense yet, and a washed up Cardinals team. Okay, the Seahawks and Cardinals may have been good wins, but beating the Bucs is an overrated win, and they would’ve lost if it weren’t for the severe weather. That’s just pathetic. Come on. Just how I expected the Rams to be by how they played, but not by their record.

I am in shock with how well the Falcons have done. Sure, they started amazing last year and flopped, and they could still go 4-12, around what I had originally predicted for them, but a part of me now thinks the Falcons could be for real. The Panthers have not done as well as expected, and the Bucs and Saints aren’t great as usual. The Falcons have a good, secure division lead. I know things can change and it’s only Week 5, but I’m curious to see just how much these Falcons have in them.

The Jags had a bye last week. They spent that bye feeling ashamed of themselves for failing to play well for 3 weeks in a row. It’s time to get to business. Seriously, this was supposed to be Jacksonville’s break through season. So far, they’re on pace to do worse than last year. The Jags need to step it up, and fast. If they take advantage this week, they could have a winnable match-up. Otherwise, we’ll see the same old Jags from 2015, even the dreaded 2014 and 2013 seasons. Will the Jags ever rise to playoff contention again? 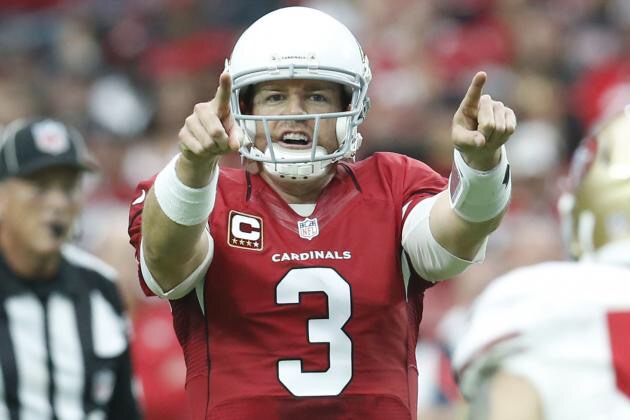 I’m pretty surprised that the Cardinals have done so badly. After a great season, you’d expect them to pick up where they left off, but no. Instead, they’ve looked like it’s 2014 all over again. Carson Palmer has struggled to find his groove, and the defense is a little out of shape. Is this the end of the Palmer-Fitzgerald era of this team? Even the Palmer-Floyd era, or Stanton-Fitzgerald era? Both Carson Palmer and Larry Fitzgerald are looking out of shape, and the rest of this team currently depends on them. That won’t last much longer. 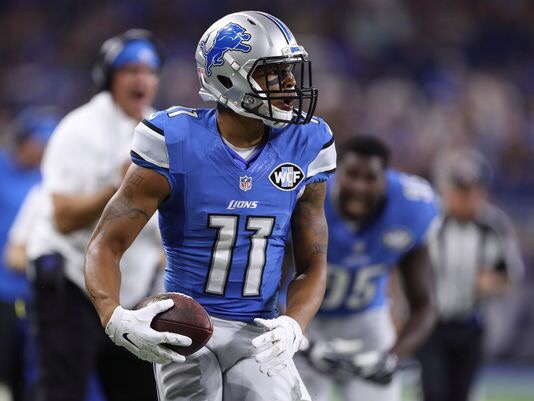 Matthew Stafford and Marvin Jones have looked impressive with Calvin Johnson gone, but overall, I thought this team would be a sleeper team, I still do. I’m just a little disappointed that they started the season 2-3. Golden Tate is doing nothing for the team, Ameer Abdullah is out, and the defense have been terrible. This team cannot be run without Abdullah and state around or at their best forever. For now, they have to try and do their best with what they have. The question is, will they? 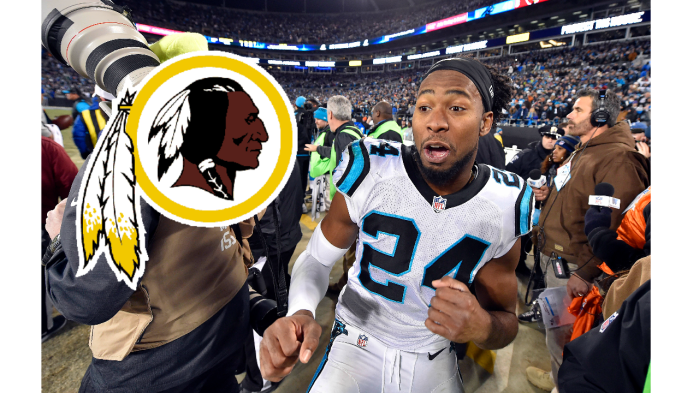 I thought the Panthers were going to make another run at the Super Bowl. Did the loss of Josh Norman mean this much to them? The offense was also good last year without Kelvin Benjamin, and he’s back! What is up with this team? Was last year all just luck, a total fluke? So far this year, that’s what it looks like. It’s just not the same anymore to watch the Panthers. They don’t have it in them anymore, that’s what it seems like at least. Will they prove this season that these first few weeks are a fluke, or will they fall and let the Falcons take the torch in the NFC South.

The Bucs we’re going to be bad anyways. I just thought otherwise. They almost beat the Rams, and they beat Carolina, which is an accomplishment despite Carolina’s terrible start. They are the reason for the Falcons only loss too. I think Jameis Winston and his offense are better this year, and the Bucs will finish with a decent record, better than in the recent past. But the defense has not bounced back like I expected. The defense needs to step it up or the Bucs won’t be any more than average this year. Nothing special, just slightly improved. I see more than that in this team.