Week 4, 2 2014.  The Chiefs blow out the Patriots, 41-14, dominating the ball.  The Patriots fell to 2-2, and the Chiefs rose to it.  That is what happened the last time these two teams played.  This time around, our roster is younger and better and the Chiefs’ is more banged up.  The weather will be colder, which is good for the Pats, and the game is at Gillette. 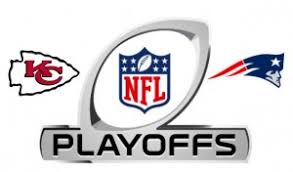 Also, Bill Belichick had the backups mimic the Chiefs’ stars play style.  Plus, Belichick showed the tape of 2014 to the current players and told them what they need to do differently that can really help.  The environment is also different.  It was a Monday Night Football game early in the regular season.  This is a 4:30 playoff game on a Saturday.   The Patriots have done plenty to prepare.  Plus, none of the coaches have interviewed for jobs for us, put Chiefs offensive coordinator Doug Pederson interviewed for and got the job as the Philadelphia Eagles head coach.

Now here are the keys during the game to the Patriots winning.

My pick is that the Patriots win 30-23.  I’m a little worried about players re-njuring themselves or the offense continuing to struggle regardless of Edelman’s return, but I think the o-line and defense have enough guys active to contain the Chiefs.  Here’s the projected starting o-line today

Not bad, but still not ideal.

Surprise Stars: My predicted stars of the game are Steven Jackson,Brandon Bolden, James White, Julian Edelman, Keshawn Martin, Rob Ninkovich, Jamie Collins and Malcolm Butler.  Butler has top 5 league CB potential, Collins and Nink could continue what they did against the Jets, Keshawn Martin and Edelman are primed to breakout as they lead the team in 3rd down conversions, and Steven Jackson is ready for an encore of both last week and previous years after being team-less most of this season.  Bolden and White should have good runs too.